The Importance of Being Earnest, A Trivial Comedy for Serious People 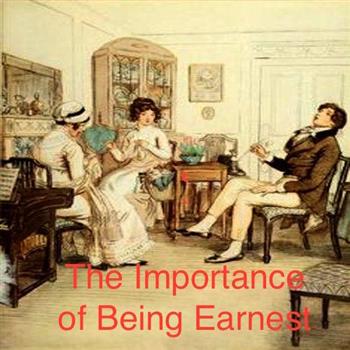 A play by Oscar Wilde, directed by Jennie Hamilton. First performed on 14 February 1895 at the St James’s Theatre in London, a farcical comedy in which the protagonists maintain fictitious personae to escape burdensome social obligations. Working within the social conventions of late Victorian London, the play’s major themes are the triviality with which it treats institutions as serious as marriage, and the resulting satire of Victorian ways. Some contemporary reviews praised the play’s humor and the culmination of Wilde’s artistic career, while others were cautious about its lack of social messages. Its high farce and witty dialogue have helped make The Importance of Being Earnest Wilde’s most enduringly popular play.

Contact for pricing for groups of 10 or more attending the same performance.

Additional parking is allowed in the south side Parking Lot of the Calvery Lutheran Church right across the street from the theatre in the middle of the block with the tall steeple., (Church on 54th. Street).