Community Actor’s Theater is a non-profit all-volunteer theatrical troupe dedicated to providing drama and a creative outlet to the Oak Park region. Started in 1982 CAT gives a voice to local playwrights and actors.

The theater itself is an example of a grass roots effort to create a special place for members of the community to express themselves. Look into the above links to learn more about CAT.

Apart from the purely entertainment aspect of our activities, the goal of Community Actors Theatre is to make a high caliber of this art form available to the community. Additionally, we aim to educate and offer theatrical training through drama/theater workshops that are open to all ages. These efforts are then put into practice in the form of community talent showcasing. 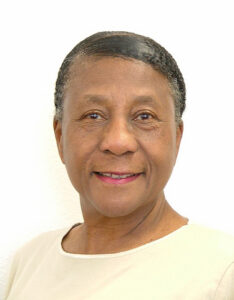 Jennie L. Hamilton is the current, and indefatigable, director of Community Actors Theatre (CAT). It also must be said that she is the “soul” of CAT. Although recently retired, twenty years ago Jennie Hamilton was a teacher in the San Diego Unified School District. With an unquenchable thirst for the theater Jennie, together with W.B. (“Dub”) Hicks and others, became involved in the production of plays at San Diego Community College’s Educational-Cultural Complex (ECC). After several classes and productions under the direction of Gloria Ann Knight, they decided to form their own theater company. Ms. Knight acquiesced to the new group’s appeal for her to be its guiding light.

Into the new group came Marvell Hamilton, Henry McClarran and Lonnie Chappel. After many unavoidable contretemps, upon a June day in 1982, with the cafeteria of the ECC as an improbable setting, Jennie Hamilton finally was able to call the new company to order. Along with Jennie, the founders were “Dub” Hicks, Gloria Knight, Marvell Hamilton, Lonnie Chappel and Henry McClarran, together with “Dub” Hicks’ acquisitions Jim Perman and Alicia Luna. The new company, which also became the first board of directors, appointed the following officers:

Next, the following, initial CAT goals were set:

As in many new adventures, the first scheduled production at the downtown “Three is Company” venue, had to be cancelled when a Los Angeles-based group failed to arrive. The disappointing experience prompted a full year’s reassessment of CAT’s goals and commitment.

Over the years, the following active, departed or otherwise currently-supportive adherents-and others unnamed-have trodden CAT’s peripatetic pathways of purpose:

Although CAT was organized as a theater company in 1982, it was not until 1984—and after wading through unimaginable, multi-level governmental red tape-that it managed to achieve full incorporation as a tax-exempt entity.

There have been seven “History in Motion” fashion shows, distributed among the venues that follow:

Prior to moving into its first home on Imperial Avenue, CAT had staged the following plays at the respective, indicated sites:

Over a six-month’s run, CAT participated in a weekly show on Southwestern Cable Television.

In 1988 and 1990, CAT supporter-appreciation shows were given at the City Heights Recreation Center in East San Diego. They were called “CAT-Night at the Apollo.”

CAT’s first series of Drama/Theatre Workshops, after Gloria Knight’s tenure, began in October 1988, under Willis Goodlow IV. The intermediate drama students performed at the fashion show at the 32nd Street Naval Facility in March 1989. As a result of these workshops, a Scholarship was created by Cathy Blackman.

As of the 20th anniversary, the following people have been production directors for CAT:

CAT moved into its present, permanent home (2957 54th. Street) in August of 1998. Many thought the unsinkable Jennie Hamilton to be quite daft for wanting to purchase such a dilapidated building and convert it into a theater. The building’s roof had been allowed to leak from the rain for so long, that major repairs, replacements, cleaning and painting–including a new roof–were needed. Despite the deterioration and graffiti, Jennie was able to visualize the dream she had harbored for settling CAT into a niche of its own. Although all manner of invective was hurled down upon Jennie’s invulnerable head, work on the building was begun. Months later, a building that had been used as 1) a dentist’s office, 2) a union hall, and 3) a church, had become CAT’s comfortable resting place, nestled neatly within the heart of the Oak Park Community, not far from the College Grove Shopping Center.

CAT has staged numerous adult and youth dramas, comedies and musical productions, along with instructive workshops. Performances are staged in the home theater, however the company also travels to other venues, such as schools, churches, senior homes and libraries.

From 1999 to 2002, CAT’s major fundraising emanated from members volunteering to man the Mary Cose, Service America concession stands during Padres and Chargers games at Qualcomm Stadium.

CAT derives fortitude and motivation from its audiences and supporters. The organization is proud and appreciative of this stimulus to improve and proceed along a course upon which, alternately, one encounters the smiles or frowns of the Greek masks of the theater. After twenty years of an artistic incarnation that still takes inspiration from the ancient Hellenic culture and its gods, CAT members attribute, also, the blessings of their own deity to the survival of “The Theatre in the Community, for the Community.”

Jennie Hamilton retired in 2002, after teaching 27 years in the San Diego City School District. All during her teaching career, she was highly involved with CAT.

Community Actors Theatre was founded in 1982 and became incorporated in 1984. On June 27, 2010, CAT celebrated 28 years of theatre life and serving the community. 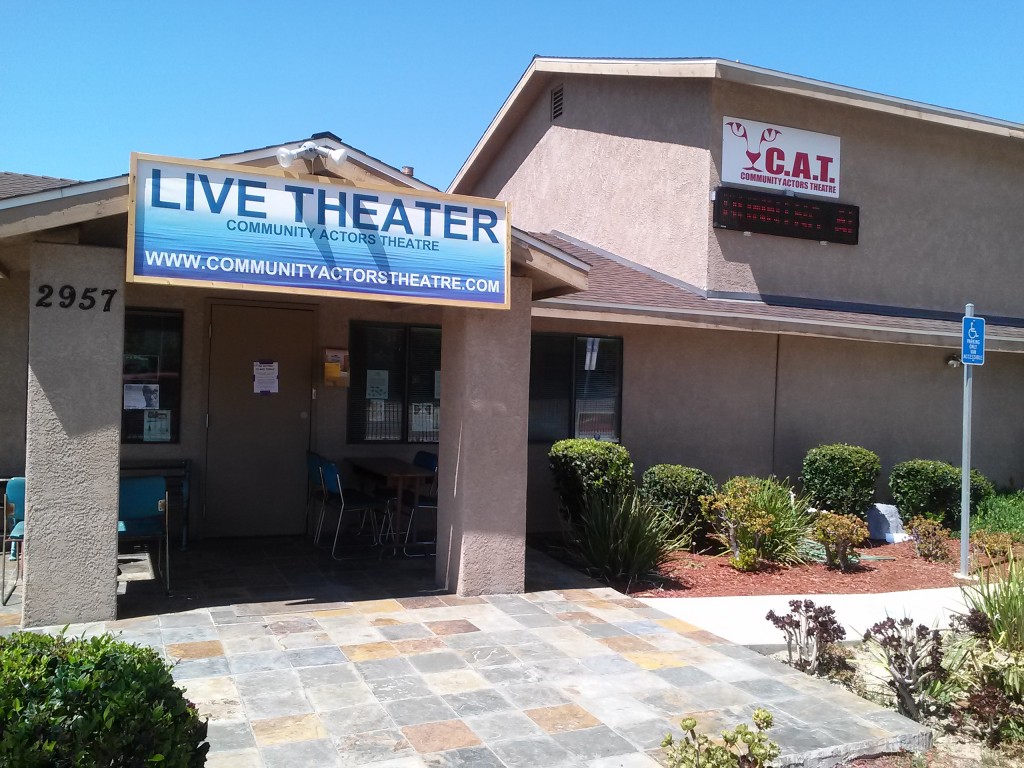 MAKE A DONATION DIRECTLY BY USING PAYPAL OR CREDIT CARD

*FOR ALL SHOWS & EVENTS: In an effort to keep our Patrons safe: *ATTENDEES are asked to do SOCIAL DISTANCING and wear a FACE MASK upon entering the theatre, and continue to do so, during the duration of all indoor shows. HAND SANITIZING STATIONS ARE AVAILABLE. Enhanced air flow has been added. We thank you for your cooperation.

You are invited to join Community Actor’s Theatre as they celebrate JUNETEENTH IN JUNE 2023, 10am to 5pm., at “Gloria’s Mesa” Amphitheatre, the opposite end of the beautiful Chollas Lake Park. About 4 blocks right down the hill from Community Actor’s Theatre. PLEASE CHECK BACK SOON FOR MORE INFORMATION! FREE Family oriented Entertainment & Free Parking.  A Day of Family Fun! There will be a variety of Vendors, so come prepared to shop! We need and appreciate your on-going support!

Auditions: NONE AT THIS TIME. Check back here monthly. (See us on Facebook, LinkedIN, our Marquee or Poster at CAT theatre) Thank you for your interest.

CHILDREN & YOUTH AGES 7-15 – Acting Workshop Classes: Register Saturday, January 28, 2023  between 10am & 12noon. Classes will begin the following Saturday, Feb. 4, 2023. Classes will be FREE this time, but students will be asked to sell more tickets for the culminating Show at the end of the session. Classes will run Feb. 4 – May 27, 2023, Saturdays from 10am to 12noon. Instructor: Miss Marvell.